The Extremists. They sit upright in the club, sermonising constantly and chastising committee members, management and staff with equal enthusiasm. There are occasions when their complaints are justified but it is the zeal of their delivery that is very damaging, ponders David Roy, Manager at the Crail Golfing Society.

The Extremists will maintain that they have no personal agenda and are ‘only concerned for the club’ when stirring trouble. Not for them the quiet life of turning up, playing golf, drinking a coffee and sailing merrily away. Oh no. The Extremist will often make a specific trip to the club with the sole objective of delivering a sermon to any of the chosen target audience.

These characters are often (but not exclusively)retired from a relatively successful career and have been members for a great many years.Extremists see their role within the club as a sentinel of the chaste members of the past against the wicked sinners of the present committee and staff.

“O’ Lord, Thou kens what zeal I bear When drinkers drink, an’ swearers swear”

The Extremists may be isolated in their piety, but live to preach to a congregation. This provides the support and encouragement they require to continue their ‘mission’. They appear to rise every morning with the express need to find ways of being insulted, slighted, offended and oppressed. The irony is in the way in which they are so easily offended, whilst throwing vicious slurs at others in a whim.

Orthodox Pedant
This character is the one who cannot countenance any deviation from the rules. They’ve no agenda but live in their own world of perpetual vigilance. In their mind, what is written must be obeyed.

They live in a Victorian age and are so obsessed by the details of the constitution (or Memorandum and Articles) that most members see them as such and are ignored. They blather on, heard by many but are generally harmless.Their preferred method of communication is the lengthy letter or email, which will be factually correct but embroidered with emotive words such as ‘appalled’, ‘shocked’, ‘stunned’ and ‘staggered’.

The Pedant’s need for the strict adherence to the rules results in seemingly bizarre behaviour most typically seen at the AGM when constitutional change is being proposed. Even though the Pedant may agree to the need for change, the Pedant may well obstruct the proceedings based entirely on the fact that the constitution may be interpreted in a certain, slightly obscure way.In these circumstances, the Orthodox Pedant can be the member to turn to when revising or devising club rules, such is their attention to detail. However, it is important to remember that the Pedant can never set aside the obedience of rules, whether real or imagined, for the pragmatic benefit of the club and there comes a time when such Extremists have to be cast aside and treated as the idiosyncratic member they clearly are. 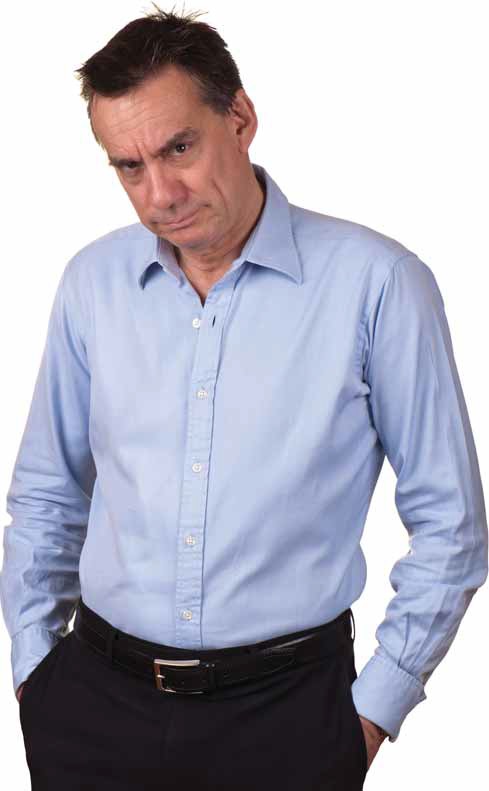 The Fundamentalist Reactionary
There can be a great many reactionaries in a club,which is to be expected and understood.Members have chosen to join a certain style of club and retain their membership because that is the way they like it. It is natural that they will be resistant to change.

However, the Extremist Fundamental Reactionary will fight to turn the clock back to the 1970s, with no regard or understanding as to how this will affect the club. The Reactionary cares little for changes in society, or legislation, or increased competition and is motivated only by the personal need for the comfort of familiarity. The Reactionary simply represents the views of a proportion of the membership magnified to a level that becomes difficult for a rational person to understand.

The Loose Cannons tend to be the most vocal critics of any decision that they perceive not to have followed due process. At times, this may be well justified,should the club have to endure a Chairman/Captain who is a loose cannon. However, there will be many occasions that the Loose Cannons start their sermonising simply because their own personal agenda is being intruded upon.

Should the club decided to relax the dress code, encourage social members or generally become less discouraging to potential members, the Loose Cannons will start foaming at the mouth.

Effects on the club
Every club has these characters. Their assertion that certain committee members have a ‘hidden agenda’ creates an atmosphere of unease amongst the hard-core regular members, who start to question the motives and intents of the manager as well as the committee. This creation of an atmosphere of distrust spreads throughout the whole club and before long staff members, long time members and casual users of the club are passing comment about their ‘concern for the future’.

Addressing with accuracy
With the Extremist, you must always be accurate. There is no such thing as a throw away remark, or innocent quip.

You will never win an argument with an Extremist. They choose their battles very carefully and can twist their rationale so much that it becomes impossible to win. Any opinion offered from the manager to the Extremist will be held as the opinion of the entire committee and the ‘official party line’.

Extremists are at their most acquiescent when process is seen to be followed. Best advice received from the Governing body, or club solicitor will be grudgingly accepted but the most effective process is to ask the Extremist what to do next.

Seek out the Extremists and spend time with them but do so armed with the knowledge that this may be a never ending ‘ping pong’ of correspondence. Make sure of your facts and know the club rules intimately and set your argument out clearly when you meet, or email the Extremist -but once you have done this, stop there.

Extremists are most damaging when they have an audience, so ensure that they are disarmed before they get a chance to reach a very public forum such as the AGM. The Extremists’ concerns must be dealt with quickly and at the first available committee meeting, or their persistence will become properly damaging.

Finally, it must be remembered that the Extremists are just that; extreme. They are in no way representative of the greater body of the membership and although they mustn’t be ignored, they are essentially like loose paving stones: very few in number and can occasionally trip you up, but rarely cause any more damage than a bruise. Even if it is to your ego.