If you’re in hospitality, if you’re in the people business, you’ve encountered ‘Rude’. Every day. You’ve seen Rude, felt Rude, absorbed Rude and become fluent in Rude. Gregg Patterson, Founder and President of ‘Tribal Magic!!!’ examines how to prepare for it and how to purge it. 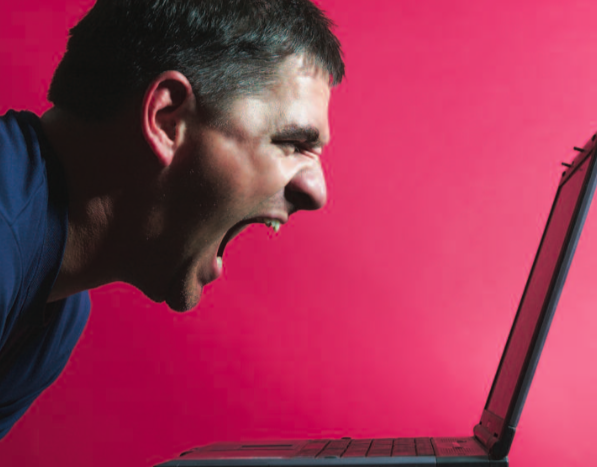 Every Day – ‘Rude’
The Rude irritate and annoy – and their barbs sting. You grizzle. You bite your lip. You wake up at 3:00 a.m. in a sweat. Remember The Rude, relive their Rudeness and scream in frustration, knowing you’ve got to suck it up and shut up, because Rude is part of The Biz.

Every club manager has experienced The Rude – lots. In the parking lot The Rude will give you a dismissive look and chuckle at your choice of shoes and socks. In the lobby The Rude will snicker and laugh at your tight trousers and spreading waistline. In the Pro Shop The Rude will laugh at your east coast twang and imitate it with a chuckle. In the dining room The Rude will walk by you without a glance, eyes focused on napkin folds and salt shakers. In the card room the bridge players will twitter about your gray hair and suggest a beautician they know ‘who does hair colour RIGHT’. And in the locker room a group of chuckling Not-So-Scratch-Golfers will go silent and give you the ‘You Ain’t One of Us’ look as you scoot by with a forced smile and strained hello. Grrr…!

And finally, in a rage at their Rudeness, you say ‘to hell with the job’ and give each of these creatures a verbal smack in the mouth, laugh at their pretense, stomp on their egos and exit with an obscenity laced farewell and good-bye!
In your dreams…

Why The Rude are rude
There are lots of reasons why The Rude are rude, but at the root of their rudeness is an anti-social some- thing lurking deep in their psyches. Dealing with The Rude – and preventing our own rudeness from surfacing – requires an understanding of the ‘why’ behind the rudeness delivered.

Genes affect Rude. Some people are born Already Rude and spend their lives polishing the rude they’ve already got. Others are born Inclined-to-be-Rude and work hard on becoming Truly and Outrageously Rude. And others are born Rude Adverse and do what they can to constrain what rudeness they’ve got with values, manners and empathy.

Hospitality people need to know why Rude People are Rude to avoid delivering rudeness themselves.

Tactics of The Rude
Hospitality professionals know the tactics The Rude use to deliver true Rudeness.
Eye avoidance. Giving the dismissive, disdainful, ‘you are worthless’ look. Resting Bad Boy Face. Talking too loudly. Talking too often. Giving the silent treatment. Active not-listening. Responding with eye rolls, sighs, giggles or chuckles. Interrupting. Avoiding hand-shakes, fist bumps and physical con- tact. Crushing the hand during a handshake. Nodding off during meetings. Texting while ‘listen- ing’. Putting their cell phone on speaker. Not responding to emails, phone calls or notes. Commenting on dress, grooming or behaviour. Insincerity while agreeing, complimenting or remarking. AND never apologizing for the rudeness delivered.

Knowing the tactics The Rude use to be rude will prepare The Target for the rudeness they’ll experience – and will help in educating others on how NOT to be rude.

Categorizing The Rude
Everyone categorizes The Rude Ones with names that are memorable, personal and funny. Because funny takes the sting out of Rude. Imagine a comedy skit with each of these Rude Ones as actors.

Categorize The Rude, laugh at their rudeness and teach others to do different than The Rude Ones do.

The Don’ts of Rude
Dealing with The Rude ain’t easy. You’ll want to bite—and can’t.

And the biggest of Don’ts – Don’t ‘do rude’ because it’ll inspire rudeness in others.

Purging Rude
Rudeness is remembered and irritates long after the rudeness was delivered. The demons need purging. •

Prepare for The Rude
If you’re in The People Business, you’ll experience Rude – lots. Best you prepare.

And enjoy the journey…!

You can get in touch with Gregg via www.linkedin.com/in/gregg-patterson