Dale Carnegie defined 30 principles which would help to win friends and influence people, win people to your way of thinking and become a successful leader. These principles have all been developed into more modern leadership/management theories, but the principles still apply today. These principles are based on common sense and are hardly revolutionary, but Carnegie claimed that his methods work and transform the lives of many people. 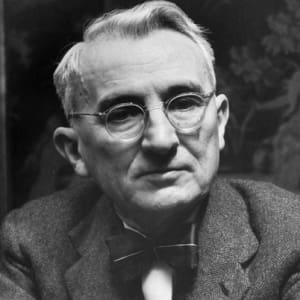 Carnegie believed that criticism should never be used, as the person being criticised will respond by condemning the critical person. Great leaders achieved their success by never criticising others. Carnegie suggested the practice of self-control, understanding and forgiveness. In order to influence people and achieve your aims, Carnegie suggests, it is necessary to understand individual motivation. Work on the art of persuasion, and ask what will motivate a person to want to do a task.

By following these principles many candidates became far more confident and progressed in their career quicker than others. A quote from someone attending his original courses was ‘it helped me to jump from flogging office products into training Boards of companies in London and incredibly later into running a large company…. The principles work in any context’.

So, the trick is to adopt one principle for a week and to review how it has worked for you and then add another principle the following week. The five principles that can most easily have the greatest effect most quickly and can easily be applied to clubs are:

Give the other person a fine reputation to live up to.

These five principles, you may already be doing effectively and may seem rather basic, but it may be a good idea to focus on them more and keep them at the front of your mind.

These principles will hopefully make us less constrained and one who stands out more by using them. At a meeting with 150 delegates only three delegates raised their hands when asked ‘who has received sincere appreciation from their manager this week?’. How many members of your team would put their hand up?
Do not end up with a ‘Have a good day!’ but with what Dale Carnegie always apparently used to say, ‘Make it a good day!’

Here is the extract from Dale Carnegie’s Golden Book:

Principles to Live By

A few simple guidelines can pave the way to a fruitful career.

Become a Friendlier Person
1. Don’t criticise, condemn, or complain.
2. Give honest, sincere appreciation.
3. Arouse in the other person an eager want.
4. Become genuinely interested in other people.
5. Smile.
6. Remember that a person’s name is to that person the sweetest and most important sound in any language.
7. Be a good listener. Encourage others to talk about themselves.
8. Talk in terms of the other person’s interests.
9. Make the other person feel important – and do it sincerely.

Be a Leader
22. Begin with praise and honest appreciation.
23. Call attention to people’s mistakes indirectly.
24. Talk about your own mistakes before criticising the other person.
25. Ask questions instead of giving direct orders.
26. Let the other person save face.
27. Praise the slightest improvement and praise every improvement. Be “hearty in your approbation and lavish in your praise. “
28. Give the other person a fine reputation to live up to.
29. Use encouragement. Make the fault seem easy to correct.
30. Make the other person happy about doing the thing you suggest 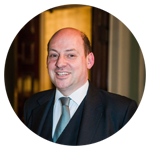 Alastair Curbbun CCM is the Assistant Secretary at Brooks’s, one of the oldest gentlemen’s clubs in London, and has been there for over 30 years. He was  one of the first members to gain their Certified Club Manager accolade in 2008 and also sits on the London & Home Counties region board overseeing their education events.