It is worth reflecting that club life often crackles with tension and can be soaked with thinly disguised anger emanating from members harbouring a favoured conspiracy theory, or a strongly held belief of widespread incompetence. Former CMAE President David Roy CCM, Secretary Manager at Crail Golfing Society, examines the art of picking your fights. 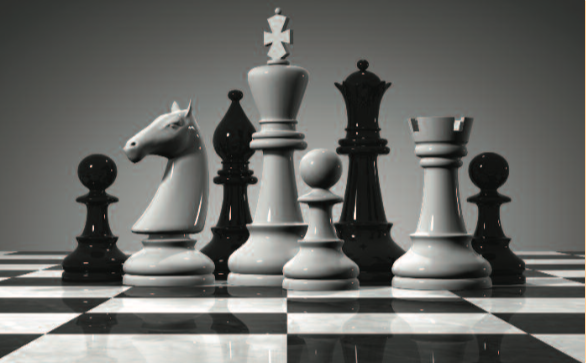 Despite members participating in a leisure activity of their choice that should be a calming and relaxing influence on their otherwise tortured psyches, it would appear that belligerence is an essential element of a club. Much of this pugnacity is a natural dislike of change. The march of progress is unending and so immense that many see only the ebb of the advancing wave and are thus enraged.

They ache for the status quo but ironically rarely choose to discard the comforts that advances in society has brought them. Red-faced and dripping with fury, the reactionary rales against the imposition of change by jabbing his fingers at a keyboard only very recently he swore he would never learn to use.

Unsheathing his titanium driver, inelegantly swiping at his ProV, marching behind his lithium powered electric trolley, he fulminates at the state of the world for the many hours his playing partners are held captive.

His spleen duly vented, he removes his water- proof lightweight softspike shoes, and grips the wheel of his Tesla, racing home to find ever more imaginative ways to become offended.

The seemingly ever-present underlying friction can generate life-long feuds and fracture relationships between staff and members. The art of choosing which fights are worth picking is suffused with subtlety and guile and can be broken down into three key issues:

1. The GM is always the most unpopular member of staff
It is the job of the Pro and the F&B Manager to be endlessly pleasant and curry favour with the mem- bers. The success of the Pro Shop, bar and catering is dependent on harmonious relations, which at times requires the odd favour to be plied and a judi- cious use of discounts. However, the job is not a popularity contest and even the most ardent critic of the GM can also respect integrity and professional competence.

The unpleasantness of a demeaning email, or cruel commentary at an AGM must never be a cue for revenge. In the vast majority of these situations, the member is lashing out at the situation, and resorts to a casual personal slight, simply because there are no other alternatives. It may not be nice to be a punch bag but it is at times our role.

2. There is often a kernel of truth in even the most incoherent rant
We all know the members who will be the first to point out mistakes, errors and omissions, but that doesn’t make them the enemy. A useful trick is to think of these members as the ‘early warning radar’; a flashing red beacon providing notice of the threat of any potential misstep. The constitutional Rottweilers will alert you to the potential damage an ill-considered AGM motion may cause. Be grateful to these pedants rather than resentful and it will avoid conflict.

3. Laughter is the best medicine
Diminishing the opposition using humour is an ancient ploy and no less effective today. Mimicry and nicknames are the foundation of political satire, so effective at minimising the corrosive effect of a potentially destructive personality. But this is a dangerous tactic and can easily backfire, so this is best restricted to a chosen few in a family circle, rather than a wider group of staff members.

Ultimately, there are few provocations in club life that merit a full-scale battle of wits. There are certainly cases of club officials whose actions as employers have merited a grievance and there will undoubtedly be cancerous characters in every club that deserve admonishment and in such cases, make use of the CMAE network to measure up the seriousness of the situation and counsel some advice.