Elaine Patterson has been working in a variety of roles within Human Resources and Organization Development for over 30 years. She began her HR career at Texas Instruments managing a College Recruiting department that hired over 1,000 new graduates per year. Elaine relocated to Los Angeles in 1980 and spent 25 years with Union Oil Company of California (Unocal) until it was acquired by Chevron. At Unocal, she held a variety of HR positions in corporate and upstream groups, becoming the first woman to be named General Manager, International Human Resources. In that role, she was responsible for all HR policies and programs outside the U.S. including 300+ expatriate families and 3,000 local employees across 10 countries. She later became the General Manager, People Development where she led companywide initiatives in leadership development, succession planning, change management and performance management.

Since leaving Unocal, Elaine has been working for Breitburn Energy, a publicly-held oil and gas partnership with operations in 8 states, serving as an internal consultant to the HR department, senior leadership team, and executives.

Lehrer about the impact of layoffs on HR professionals. She earned a B.A. in economics from Trinity College, Hartford, Connecticut and served on the Board of Trustees from 2005-2013. Elaine also holds a Master of Industrial and Labor Relations (MILR) degree from Cornell University and is a Certified Compensation Professional (CCP). Elaine previously served on the Board of the International Personnel Association and is currently on the Board of Trustees of Maine Central Institute, a town academy/high school in central Maine.

A native of West Hartford, Connecticut, Elaine lives in Los Angeles with her husband Gregg who was the General Manager of The Beach Club in Santa Monica until January 2016 and is now President of Tribal Magic, travelling around the world to help build the club community. 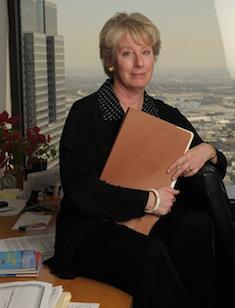