Robert Brewer CCM is a former greenkeeper turned Club Manager who worked as general manager for Crown Golf and Knole Park Golf Club, before becoming secretary of Royal Wimbledon Golf Club where he has been for the past 8 years.

In this Q&A Robert explains his transition from the shed to the office and the difference between running a proprietary to a member-owned club.

How and why did you get involved with CMAE?
I joined CMAE back in 2012 not long after I joined Royal Wimbledon Golf Club as Secretary and following a conversation with Marc Newey CEO at Roehampton Club. What Marc outlined was exactly what I was looking for, an organisation that combined networking with a strong emphasis on education and development. Due to the extensive remit of the role when I got to Royal Wimbledon with the planning for our Sesquicentennial celebrations in 2015 I didn’t get too involved in anything other than networking until 2014. Once I was happy that the planning for both our book and the Gala week of celebrations were going well I started getting involved in the MDP pathway and attending the various courses that would eventually lead to attaining my CCM.

You have experience of managing both proprietary and member-owned golf clubs. What are the biggest differences in managing the two different types of club?
This is a very interesting subject and one I have thought about a lot over the years. Looking back on my time in proprietary Clubs, as the manager you have two masters to try and keep happy, the owners who rightly want to earn as much money as possible from their asset and the members who naturally want the very best whilst paying the lowest subscriptions possible. Trying to balance the two was never easy. I do feel that my time working in the proprietary market was hugely beneficial as it exposed me to challenging every bit of expenditure, being involved in group sales and marketing projects and seeing the benefits of team work between clubs really pay off in times of staff or resource shortage. The great thing about both environments is that the staff and members are generally always very passionate about their club and want the very best.

There is a growing number of Greenkeepers moving into club management. What was the hardest part of the transition from the shed to the office?
The biggest challenge for me, 20 years ago, was computers! I did have a rudimentary knowledge of computers having used some greenkeeping management software however getting to know excel, word and writing endless reports was a bit of a surprise, as was doing a food stocktake on New Year’s eve when everyone else was partying! As the General Manager or Secretary the buck does stop at your door and I was quite surprised when running my first club at the number of times I had to deal with or get involved with issues that just wouldn’t have crossed my mind before; cooking breakfast for a society because the chef hadn’t turned up, to getting called out to the club at 2am due to the alarm going off following a break in and finding a police helicopter hovering overhead and with the dog unit going through the clubhouse. When I was younger and working as a greenkeeper I used to be quite jealous when seeing the secretary out playing golf when we were all working hard on the course. What I didn’t realise then, as I do now, is that the work doesn’t go away and although you may have played golf during the day with some members you will probably still be at your desk at 8.00 in the evening catching up. Not what I had expected when asked to transition to a General Manager but character forming and interesting to look back on.

On balance, what skill set do you think is best suited to club management; the technical knowledge of agronomy, f&b, IT etc. or the social skills required to look after members?
The great thing about this job is that people can come into it with such diverse backgrounds and still make a positive contribution. Certainly my greenkeeping background has been hugely helpful to me and I do retain a great interest in the subject but, I hope, without ever being accused of interfering. The one thing that is absolutely vital is the social skills to look after not only your members but also the management skills to look after your team members.

Can you quantify what having the CCM designation means to you, both professionally and personally?
I found the whole MDP pathway very interesting and I enjoyed all of the week long sessions and attending the World Conference prior to sitting the final exams. Professionally the CCM designation shows my members that I am qualified for the job that I do and it has also given me a strong network of colleagues who I communicate with regularly. Personally it has given me a sense of pride that I have achieved this benchmark in my career and I look forward to keeping my CPD points up to date and attending future courses to keep myself current. 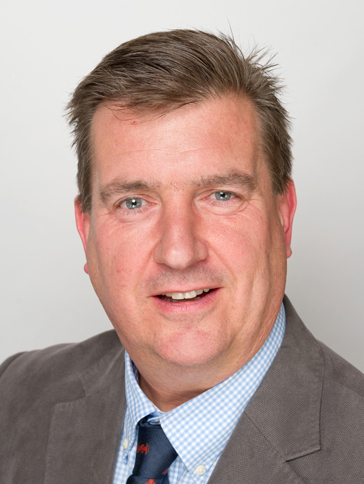