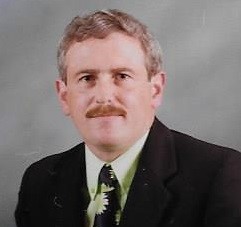 ​I found the pathway to CCM designation to be challenging but very rewarding. The network of fellow Managers from all over the world that I built up over years would not have happened within taking this challenge and their experiences and advice gave me the confidence in the way I was managing my own Club. Armed with the knowledge of the 10 core competencies certainly made me a much better Leader

Born in Galway on the West coast of Ireland, I have over 20 years experience in all aspects of managing a large member owned golf club on the outskirts of Galway City. I have held several positions and served on many committees within the Club prior to being appointed General Manager. I served as Honorary Secretary, Competitions Secretary, Greens Convenor, Captain of the Club in 1998 and Chairman of the Board of Management thereafter.

As the first Manager to be appointed in Athenry Golf Club, I put a structure in place and introduced integrated systems and procedures to effectively and efficiently manage all aspects of the various operations within the club. To do this, I built and trained a committed and loyal team of staff to implement the vision developed by the Board of Management. I was instrumental in drafting up a 5 year Business Plan to guide future committees and introduce continuity to the running of the club. The plan set out short, medium and long term objectives with the main focus to upgrade the quality of the facilities at the club which had become outdated and was deemed by the board at that stage to have a 2 star rating on a scale of 1-5. The vision was to improve the facilities to 4 star rating and introduce modern technologies to bring the club into the 21st century.

During my 10 years as Manager of Athenry, membership rose to 1250 and two major capital investments were made, adding significantly to the value of the members assets, the Golf Course was upgraded and redesigned to modern USGA standards, a new practice facility with driving range was constructed, the old clubhouse which had become unfit for purpose and unsuitable for the demands of the growing membership was demolished and a new one, double in size, built to modern standards. These significant investments were completed on time with little or no disruption to the membership and at no extra cost in their yearly subscriptions.