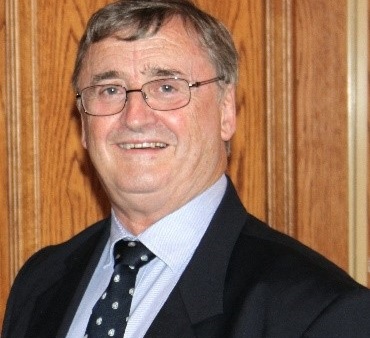 ​The whole process of taking the CCM exam, through doing the MDP, is a terrific way of broadening your education, learning about yourself and most of all, giving you the confidence in your ability to manage any club you happen to be in. It certainly did all those things for me. In time, the recognition of the CCM as the foremost qualification in Club management will be universally recognised not just by club managers, but by club members as well

Having spent 20 years as a self employed marketing consultant, I found myself in the golf club business almost by accident in October 1998, when I joined Black Bush Golf Club in Dunshaughlin as General Manager. My reasoning at the time was, that as I had spent 4 years on the committee of Woodbrook Golf Club, I was more than qualified to be a Club Manager. I found out rather quickly that nothing could be further from the truth. I hadn’t a clue! What I did have however, was a logical brain, an ability to see the big picture and I was able to relate to people. These qualities got me off the ground as it were, and in 2000, I joined Killiney Golf Club as Secretary Manager. The arrival of CMAE in Ireland in 2002 was the life changer for me. Finally, a way and means of learning about the business I was in. I embraced the new association with gusto, became member number 11, went to my first CMAA World Conference in Anaheim in 2003, went on to serve 6 years on the Board of CMAE, became the second President of CMAE Irish Region and spent a number of years on the Education Policy Board which brought the CCM to Europe in 2007. I failed my first CCM exam, but chastened by the experience, I devised a strategy to make sure I didn’t fail again. It worked, not just for me, but for a number of other managers as well.

I was active in amalgamating the Irish Association of Golf Club Secretaries (IAGCS) and CMAE Irish Region in 2010 to become the Irish Golf and Club Managers Association (IGCMA) and served as its President in 2013. I retired from Killiney in July 2015 and am now the Executive Officer for the IGCMA. The role is meant to be part time but in truth its far from that.