San Diego waterfront at 6am and the sun’s just coming up. Large numbers of CMAA World Conference delegates, some lycra clad, are buzzing around the starting line for the 2016 Run with the Presidents.

San Diego waterfront at 6am and the sun’s just coming up. Large numbers of CMAA World Conference delegates, some lycra clad, are buzzing around the starting line for the 2016 Run with the Presidents. Disco music blaring, our fitness trainer gives us a fun warm-up routine before the start. 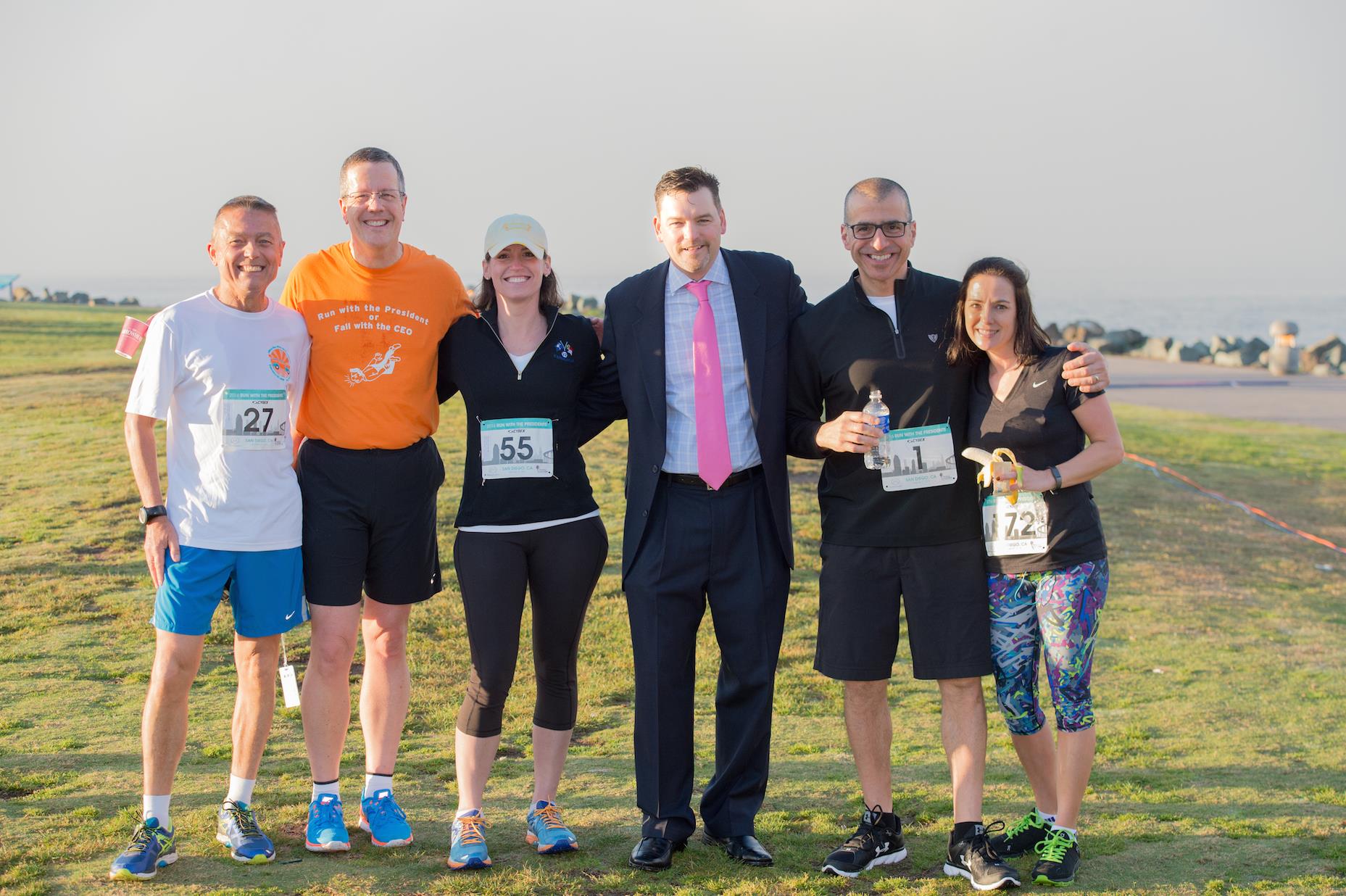 CMAA CEO, Jeff Morgan, is showing off his T shirt, emblazoned Run with the Presidents, Fall with the CEO (yes he tripped and fell last year), fit young interns chatter in groups, Mika and several Finnish CMAE members come over to say hello, and our new CMAE President Marc Newey, is spectating.

6.30am arrives, the starter’s horn blasts and we’re off.

The young interns sprint away but I’m still up with the leading group at the 2K measure. Then jet-lag and a cough/cold virus kick in and it’s a struggle to finish. 22min 53 secs on the clock and 18th is respectable out of 112 finishers (nearly 200 registered but its that early start!)

So, I ran the race and now I’m hoping that you will sponsor me.

Its just over a year since Joe Perdue died; he was the Principal Architect of our MDP Pathway in Europe and we awarded our 1st Bursary in his name, last autumn. Its winner, Scott Patience, has written of his exciting experiences on his chosen MDP 1 course in the CMAE Newsletter.

With continued support from The English, Irish and Scottish Regions of CMAE, plus CMAE delegates at conference we are raising further funding for our Joe Perdue Bursary to award it again in 2016 and going forward annually. The more funds, the more Bursaries we can award for members to participate in our top class education programmes, So I am asking you, as a CMAE member, or your Club, to think of one of our key inspirations, Joe Perdue and send your contribution now to the European Club Education Foundation (ECEF).

Full details of its NatWest bank account are given below, so please, give now and help fund the future of Club Manager education in Europe.
Many thanks for your support