London-based golf design firm Thomson Perrett & Lobb has begun construction on the Garden City Golf Estate course in Port Harcourt, Nigeria. Garden City will be the second golf course in the city, the heart of Nigeria’s booming oil industry, and also the second TPL course in the country. The firm’s first Nigerian course, Summit Hills in the city of Calabar, is nearing completion.

Garden City is a golf and housing estate developed by Lagos-based ARM Properties, close to the international airport of the 1.5 million population city. Homes in the gated community will be marketed to both local buyers and the many expatriates who call Port Harcourt home. Contractor Bouman Golf is building the course, while the global engineering firm Arup is handling project infrastructure. Project management is being provided by Lagos-based firm Courtney Michael. 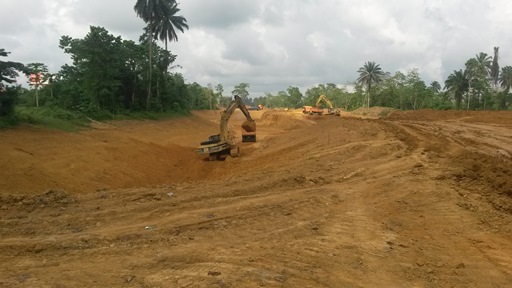 TPL principal Tim Lobb said: “Nigeria’s economy is strong, and its residents’ desire for better housing, infrastructure and leisure facilities is creating demand for golf. The site of the Garden City development is relatively flat, but it is covered with native vegetation such as palm trees, and we are taking care to preserve the natural landscape. For example, while clearing hole corridors, we have changed a number of our hole designs where the clearing process has revealed native trees that we want to keep. We are working closely with the other firms involved in the development, as the drainage solution for the entire property involves run-off being diverted across the golf course and through a series of interconnected lakes.”

Lobb says this hands-on construction process is impacting how the finished course will play. “Although we had ideas for green designs before we started construction, we aren’t finalising them until clearing and rough earthworks are done,” he explained. “So we can adjust hole strategy as the site opens up. The drivable par four sixteenth is a good example: we changed the teeing positions because of trees revealed during clearing. I think the sixteenth may be my favourite hole – it is built around a lake, with fairway on both sides offering a safe or aggressive routes to the green. All three closing holes will be extremely exciting.”

A large drainage channel runs through the centre of the course, and Lobb says this will be turned into an attractive feature influencing several holes. “We aren’t trying to build the world’s hardest course, but it will provide a challenging and entertaining game of golf,” he said. “There are only 20 bunkers – we want the contour of the land and the natural vegetation to define the hole strategies. We’re keeping the earthworks very moderate – we do need to raise fairways for drainage, but we want to ensure the impact on the landscape is minimised. The greens are large – they average 600 sq m – which enables us to create contours and exciting pin locations, but still make them playable for golfers of all levels.”

The new Pure Dynasty seeded paspalum blend, supplied by American firm Atlas Turf, is being planted wall to wall; Garden City will be one of the first Pure Dynasty-grassed courses to open for play, expected to be late in 2015.

ARM Properties director Bode Olaibi said: “We have put together a top-class international team of advisors to create the Garden City project, and the role that TPL is playing is absolutely crucial. We are working to tight deadlines, so TPL’s flexibility and willingness to work closely with the other firms involved in the project is helping us to deliver great results.”