The Club Managers Association of Europe (CMAE) is heading into the new year on a high after a successful last 12 months continuing to grow and developing their education programme.

The Club Managers Association of Europe (CMAE) is heading into the new year on a high after a successful last 12 months continuing to grow and developing their education programme.

The Management Development Programme has gone from strength to strength during the 2018/19 term in which CMAE delivered 15 MDPs – their highest number in one term, including two new territories which saw a record high 308 MDP delegates.

The Golf Club Managers Association for Portugal, AGGP, were new hosts in 2019 when they delivered an MDP 1 at Troia Resort close to Lisbon. MDP 3 Strategy & Leadership was also delivered in a new territory in January 2019 – Scandinavia – where it was held in Stockholm, Sweden. 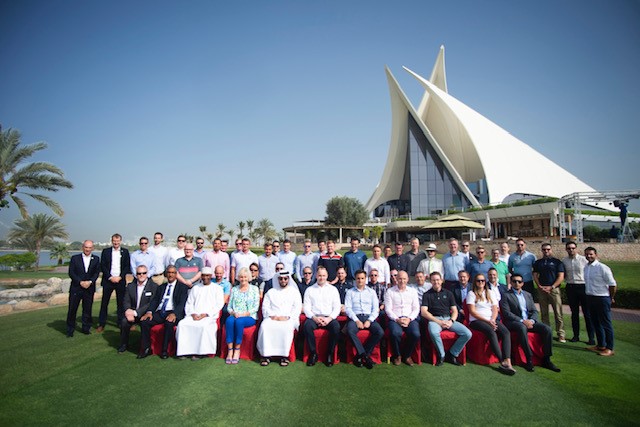 The delegates at the MDP week in Dubai, May 2019

In addition, 6 more members attained their Certified Club Manager (CCM) status bringing the number of CCMs in Europe to 51.

CMAE’s Director of Education Torbjorn Johansson is delighted with the results commenting “Our figures speak for themselves and we are now watching some of courses become fully booked months in advance. CMAE’s training provides the competitive advantage that clubs require to ensure that they thrive in an ever-changing society. We offer education and networking that lasts you a lifetime.”

In addition, the CMAE held their latest European conference on club management at the Clube de Naval in Cascais, Portugal from the 17-19 November. The event was keenly supported by CMAE’s members with almost 100 delegates attending from 16 different countries across europe and the middle east representing the very top echelon of the club management industry.

Delegate at the European Conference 2019 in Cascais

CMAE were also pleased to welcome three new corporate partners into the fold, which were MB Golf, Greenfee 365 and 59 Club.

CMAE’s newly elected President James Burns CCM added “What CMAE has achieved is quite admirable and there are several people and organisations involved who have helped make this happen, including staff, the Board and EPB, CMAA and all who have volunteered their time to the association, but not least our corporate partners. Had it not been for the generous support of these far sighted and beneficent companies, the CMAE and the MDP would simply not exist and for that, we all owe them our appreciation.”