Richard Pennell CCM is the current Club Secretary at Woking Golf Club in northwest Surrey in England. Prior to this he was the Assistant Secretary at Royal Wimbledon and and New Zealand Golf Club. He also spent 5 years working as a greenkeeper at Mitcham Golf Club. Richard also sat on the Board of the London & Home Counties Region for 3.5 years, setting up the first MDP courses in England. In this Q&A Richard explains how his greenskeeper experience helps with his role today and how he prepared for the CCM exam

You worked in retail after graduating from University, working in central London bookshops. What skills did you learn from this that have helped you most in your role as a club manager today?

The most important thing I learned was that I really enjoy looking after people – genuine customer service does not come naturally to everyone, but the enjoyment I gain from it helps me enjoy my role enormously and it has paid dividends in creating strong bonds with the various members and other customers I have been fortunate enough to serve. The fascinating thing has been that all of the varied roles I have done have contributed to my overall sense of how to run a business, from the shop floor sales, through operations and facilities management, through green-keeping to the current administrative and front of house-style role.

You worked as a greenkeeper at Mitcham Golf Club. Has your new role in club management changed your perspective of Green-keeping?

More the other way round for me. The training I had at Mitcham, where resources were very tight but we still produced a great product, was very valuable, and that experience and the qualifications I gained in that time have been particularly valuable at both New Zealand Golf Club and now at Woking. I have a great Course Manager and Deputy here now, and the fact that I understand turf maintenance principles enables me to inform the members and allow the professional staff to get on with, and excel at, their jobs. Green-keeping is still “the dark arts” as far as many members (and some Club Managers) are concerned, and I have no doubt that the experience I gained at Mitcham was a major factor in being considered for those two positions.

What most surprised you about the role of club manager?

I know I am very lucky at Woking, as my Committee and membership are intelligent, articulate people, but it still surprised me how thoughtful and supportive they are. You cannot please all of the people all of the time, as we all know, but I know I have dozens of very experienced people that I can call on for advice if I need it in the membership (not to mention the CMAE tribe!). The other surprise, after a cumulative twelve years in Deputy roles, was how much I would enjoy it. I retain a really good work/life balance, and although there are certainly very demanding days and weeks, the overall experience is very rewarding.

The CCM exam, being seven hours in total, is quite a challenge. What did you do to prepare yourself for the exam day and what advice would you give to others who want to sit their exam?

The lead-up to the exam was a busy period in many ways, with a young family, a house extension, and some work deadlines, so my preparation was not as thorough as I would have liked, but I did some work on past papers, spent a fair amount of time reading the Joe Perdue book, and shortly before sitting the exam sought some guidance from an existing CCM, Marc Newey (now CCE!), who was so helpful. A couple of the people at the recent conference are considering sitting CCM, and were nervous about having sufficient preparation time, but while the exam and the pathway are challenging, my advice would be to approach it with confidence. Most of the people in a position to be considering the CCM are already well experienced in management, and if they can go in ready to give it 100%, their experience will shine through and they will succeed. I actually enjoyed the exam, although that will make me sound sadistic!

How much of a factor was the CCM certification when you were appointed as the Assistant Secretary at Royal Wimbledon and then as Secretary at Woking Golf Club?

I think it was a significant factor in both appointments. Robert Brewer, the Secretary at RWGC is now a fellow CCM, and a big supporter of professional development and the CMAE, so I think it was a major factor there alongside the personality fit for the membership, and I think it helped me differentiate from the other candidates for this role at Woking. For both positions, the CCM pathway was mentioned by the recruitment consultant as desirable, which has become more commonplace in recent years. I must also pay tribute to the support of the Secretary and Board at New Zealand Golf Club, who put me through a great deal of the pathway in the first place, and were happy for me to serve on the CMAE London & Home Counties Board. It enabled me to do my job there more professionally, but the corollary of that was that it also meant it was soon time to move on and develop other experiences! Royal Wimbledon and Woking have continued to invest in my development, and that builds loyalty and trust, so I hope to have many opportunities to carry that goodwill on by supporting my employees on the pathway in the future. 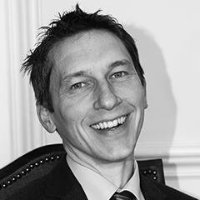 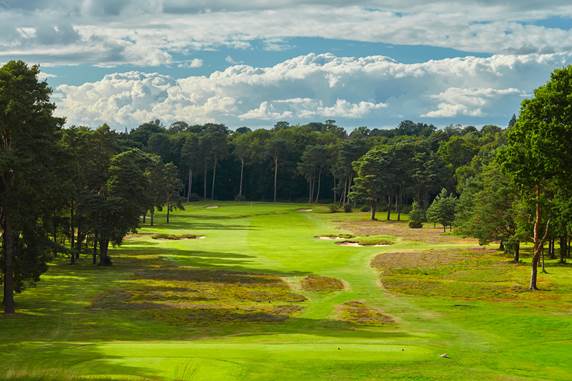