Nick Solski CCM spent 8 years working abroad at golf resorts in Eastern Europe and spent his final 3 years at Roman Abramovich’s golf course in Moscow, culminating in hosting the 2015 European Tour event – M2M Russian Open, before making a move back to the UK to open his own driving range, Boomers and Swingers in Manchester. He became a Certified Club Manager in 2014 and is a strong believer in the role of CMAE supporting the future of clubs through education.

Here Nick explains how he implements what he learned abroad in his new business and how being innovative and doing things differently has allowed him to increase profit and attract new customers.

What made you decide to return to the UK from Russia to run your own driving range?

From a personal side, I missed my wife and family after 8 years of working abroad alone. I threw everything I had into work and this left me without a work / life balance. We spoke every day, but I was rushing phone calls in order to deal with trivial things that others could have dealt with, so after the European Tour event I realised that it would probably be my last few months there. The ex GM also favoured punishment as a motivational tool which wasn’t leaving me rushing to be first in every morning like I had done in the past, so when I got the opportunity to explain to the board of directors I was not going to sign a new contract, I was able to leave on good terms.  I then started looking around for opportunities and had a few interviews but felt that going to work at a golf club for someone else didn’t suit my state of mind or current skill set so drew up a few business plans, and when you throw enough spaghetti at walls, some eventually sticks, so I ended up buying a driving range.

What experiences did you bring back with you from working at exclusive clubs in Russia and Ukraine that you now implement at Boomers and Swingers?

I would suggest 30% of my customers used the range before it became “Boomers and Swingers” so getting to know this group and guiding them through the changes took time and persuasion. Some of these were used to “happy hours” and cheaper prices. However, the ability to persuade people to come on a journey with you is definitely a skill I picked up working abroad. In some cases I was selling memberships to unfinished courses and yet to be built clubhouses and persuading people to part with huge money based on my promises. So when explaining the changes I was making at the range, I had to first ask lots of questions to determine what was important to that individual customer and how the changes would improve their experience.

The ability and confidence to make a decision is another skill that was honed through experience. In Eastern Europe there is a blame culture in the workplace. If something goes wrong, instead of team cohesion and working through it, someone had to be blamed. It’s never the top bosses, its always the fault of someone lower down the pecking order. This leads to nobody wanting to stick their neck out and make a decision incase anything went wrong. I tried to install in my team that I trusted them to make decisions and that we would succeed of fail in tasks together, so I had to lead the way in this and demonstrate. I now feel that decision making is one of my strengths. That’s not to say i’m always right, far from it, but demonstrating the recovery from a mistake in front of staff doesn’t make me a weaker leader.

You passed your CCM exam in 2014 at a relatively young age. Who or what inspired you to begin your education pathway to becoming a Certified Club Manager?

Working for Braemar golf is the best thing I ever did. I learnt from a truly professional team of Keith Haslam, Michael Braidwood and Phil Jones. They were fully committed to not only on the job training, but formal education to give us the knowledge and confidence to perform well in our roles. So they were the driving force behind Phil and I enrolling on MDP 1 all those years ago!

When you took over Boomers and Swingers you decided to add a unique twist to the range experience. What were the biggest challenges you faced when breaking tradition and how did you overcome them?

Despite my ability to market Boomers and Swingers as something that leaves TopGolf light years behind, all I have done is improve the quality of the balls, buy new mats, sell unlimited balls for time periods, spend time walking up and down the range getting to know people and of course increase the prices.

To make these changes, I needed to have everything written down in a cast iron business plan that I would follow to the letter. On the first day of business, the previous owner was moving out as I was moving in, and it was only then I realised how bad the balls were. I realised there was no way I could jump from £4 per 100 to £6 per 100 without resistance, so when the first customer came in, I told him it would be £5 for unlimited balls for an hour. This was completely unplanned and I just found myself saying it. There wasn’t one word written in my business plan about this new pricing structure, so I pretty much just winged it! The more I thought about it, the more I realised that if people were unable to compare our prices to other ranges, I could make them higher without any need to justify them, so I made the price £8 for an hour unlimited balls and told the customer that if they hit 300 balls, then they would be getting great value for money! The average has turned out to be 120 balls per hour, so we are the most expensive driving range in Manchester, but the customers are delighted due to the perceived value they feel they are getting. So, the change has been easy to implement due to the inability to compare like for like.

I understand that I have answered the question by saying I didn’t face any challenges to breaking tradition, I have. A lot of people still want to buy 50 or 100 balls, but they can’t explain why. So I’m gently persuading them to change to the new way by having the price of 100 balls at £8.50. So if they choose to accept my unlimited balls proposition, they will not only get better value, but save money. This is normally more than enough, but if I have to throw in a free coffee to broker the deal and change their mind, then i’m winning a customer who will surely return!

One other area I changed is putting lots of targets that make a noise within 100 yards. This way, if someone hits a bad shot (or a kid hits a good one) the ball will hit something and the player will get some feedback. Its much better to duff a drive and hit a washing machine than just duff a drive!

You are known for doing things different and innovating. What do you think golf clubs need to do to attract more customers?

The good thing about my current role is that I get to hear the opinions of people who the golf clubs want to attract. The customers are like spectators sat at the side of a boxing ring whilst the clubs are all inside whacking away at each other with cheaper and cheaper green fees.

Creating a product that is desirable and popular doesn’t mean that it has to be cheap. There are groups of guys who all spend £30-40 per week at Boomers and Swingers. however, ask them to pay £500 for a golf club membership and they would refuse.

I don’t have the answer for all clubs, but by understanding the individual club’s reputation in the marketplace, its a great first step to being able to either play on the good points or dispel the myths. Then, a marketing strategy that reinforces this, along with smart social media presence and a new shiny product to take to the customers wouldn’t hurt.

Running the golf club like a business and hiring a qualified, or formally educating a current, club manager is the step that many clubs need to take before their fortunes will improve however. 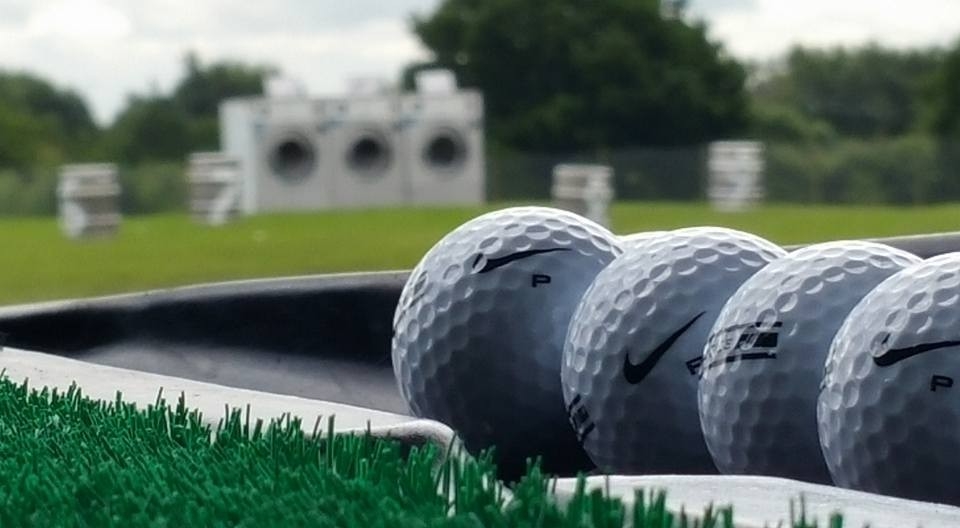