Michael Walsh CCM spent 20 years as a marketing consultant before joining the golf industry as General Manager of Black Bush Golf Club in Dunshaughlin in 1998. He later joined Killiney Golf Club as Secretary Manager and then once retired became Executive Officer for the IGCMA. Michael also served 6 years on the Board of CMAE and was the second President of CMAE Irish Region.

In this Q&A Michael reflects on his club management career and time with CMAE and where he sees education heading in the future.

Firstly, what made you decide to join the club management industry after spending 20 years as a marketing consultant?

I had made a bad business decision at the time, in so far as I had established a digital printing company, in an industry that was in its infancy. My brother in law, who was a partner in the venture, suddenly died which left me in a quandary. Suffer the same fate z him eventually or find an alternative. Having spent four years on the committee of Woodbrook G.C. I saw an opportunity to join Black Bush G.C as a General Manager in 1998 and when finally offered the position, I took it. Hence, I found myself, by accident, in the Golf Club Management business. My rationale at the time was that, as I had spent 4 years on a club committee, surely I knew how a club was run? Nothing could have been further from the truth. I really hadn’t a clue and so I flew by the seat of my pants for a while, until CMAE came along. There was much to learn but nobody to learn it from, at that time.
I moved to Killiney Golf Club in 2000 and shortly after that, CMAE came to town and changed my life for ever.

You joined the club industry prior to CMAE’s existence. What were the biggest gaps in your knowledge and how did you fill those gaps at the time?

At the time there was no club management education of any sort available to managers in Ireland. Understanding how a club was run was alien to me, although I quickly learned the hard way. I remember meeting with Robbie Kelly, who at the time was the manager at Delgany G.C., and asking him about things I should be doing. He very kindly sent me a detailed few sheets on some elements of club management, for which I was always grateful. The Irish Association of Golf Club Secretaries was, at the time, just a networking association running a few golf outings a year. It was a tough time to be a new manager. Then, when CMAE arrived under the management of Helen Fullen, I saw it as my saviour and joined up. I was member number eleven, I believe. By then, I had moved to Killiney G.C, which was much closer to home. When I broached the subject of travelling to CMAA’s World conference in 2004, they were most supportive of my efforts to educate myself in Club Management. They continued to be a supporter of my Club education throughout my time with the club and facilitated me when I was President of CMAE -Irish Region in 2007 and also when I took up the same role in the Irish Golf & Club Managers Association(IGCMA)in 2013. In 2010 I had facilitated the merger, along with a few others, of the IAGCS & CMAE Irish Region into the IGCMA. This brought both club manager associations together under the one new Association thus facilitating better networking and Education for all. The initial gaps in my education were in club organisation, strategy and governance, followed by team building and leadership. All of these I found were addressed at World Conference, which I attended regularly from 2004 onwards. We had begun an MDP program in Ireland from 2003 onwards, with contributors coming in from the US to assist us. I remember Greg Patterson making a huge impression on startled Irish Managers in Stackstown G.C. in the early years with his “Cash is King” Mantra and join “The Tribe”.

Ireland suffered from the economic downturn in 2008; how was your club affected and did you have to make any alterations to your business model?

Our income dropped, our applications for new membership dropped but to the club’s eternal credit, staff were never asked to take a pay cut. We froze all salaries, subscriptions and embarked on a serious cost cutting program, which was helped by CMAE – Irish Region running a Cost Saving Seminar,which saved me over 4k when implemented. The club had built a new clubhouse in 2003 and while some of monies had been paid back much quicker than anticipated due to the boom in 2005 and 2006, there were outstanding loans from the members, by way of a Bonds Issue, which were due to be repaid in 2012. We managed to push some of those back a few years and continued to pay down the outstanding borrowings. Killiney is a unique club in many respects and always had people wishing to join it. Entrance fees were reduced, but not dispensed with, juvenile fees were severely reduced to encourage young members and so the membership continued to expand slightly and still generate income to repay borrowings. The annual surplus was greatly reduced in these years, but the club still generated enough funds to keep going.

The CMAE will celebrate its 20th anniversary next year. Having been involved from the early days, what has been the biggest highlight for you over the past two decades?

Without a doubt the decision, by the then board, at a strategy meeting in 2007, to concentrate on bringing the CCM program to Europe, was fundamental to its success as an organisation today. The late Joe Purdue, CMAA’s education officer at the time, spent an inordinate amount of time crisscrossing the Atlantic to get it off the ground. Many a morning in that period I got up at 4.30am to catch the dawn flight to Edinburgh for an Education Policy Board meeting. The first guinea pigs sat the original CCM exam in 2008 at the London BMI, with very little by way of preparation. Joe Purdue’s book was the bible at the time. The Irish managers spent the summer, prior to taking the exam, methodically going through Joe’s book. To my shame I failed the exam, basically on the case study, but I did the repeat and got it second time around. This was due to my self- generated case study answering system.(Which has had 13 successes to date with other managers!) We had run a pre-curser to the CCM in Ireland in 2006 & 2007, when we did an MDP, which culminated in the exam style which the CCM has today, again all thanks to Joe Purdue. The President of CMAE in 2007 was our own John McCormack CCM (and current President of the IGCMA), who put the entire proposal for establishing the CCM to CMAA, which was accepted. Over the following years the entire program came into line with the US and Jason Koenigsfeld deserves great credit for its successful implementation in Europe and elsewhere in the world.

Where do you see club manager education going in the next five to ten years, in both Ireland and Europe?

When I saw 75 club managers on the various CCM Pathways across Europe recently, I was absolutely thrilled. It can only get better from here. In Ireland, we were due to host an MDP 1 this week with 25 people on it. (Now unfortunately cancelled due to Covid 19). Two years ago, we couldn’t even get 10 to sign up. Younger people coming into the business now have a focus point where they can go to educate themselves on all aspects of Club Management. The grapevine is telling them CMAE and MDP. As more come into the business, employers i.e club committees, will see the value in candidates holding a CMDip, being on the CCM pathway and finally in possessing the CCM itself. In Ireland at the moment, experience trumps education. But that can only last so long. When experience is aligned with education, then employers will have the full package. What has happened in the US regarding club education will surely happen here. When we began in 2003, CMAA’s then CEO Jim Singerling, told us it took the US 25 years to get the CCM program recognised. Here, we’ve still a few years left to that benchmark but we’re well on the way now and that progress will accelerate in the years ahead.
I was privileged to have been a part of it. 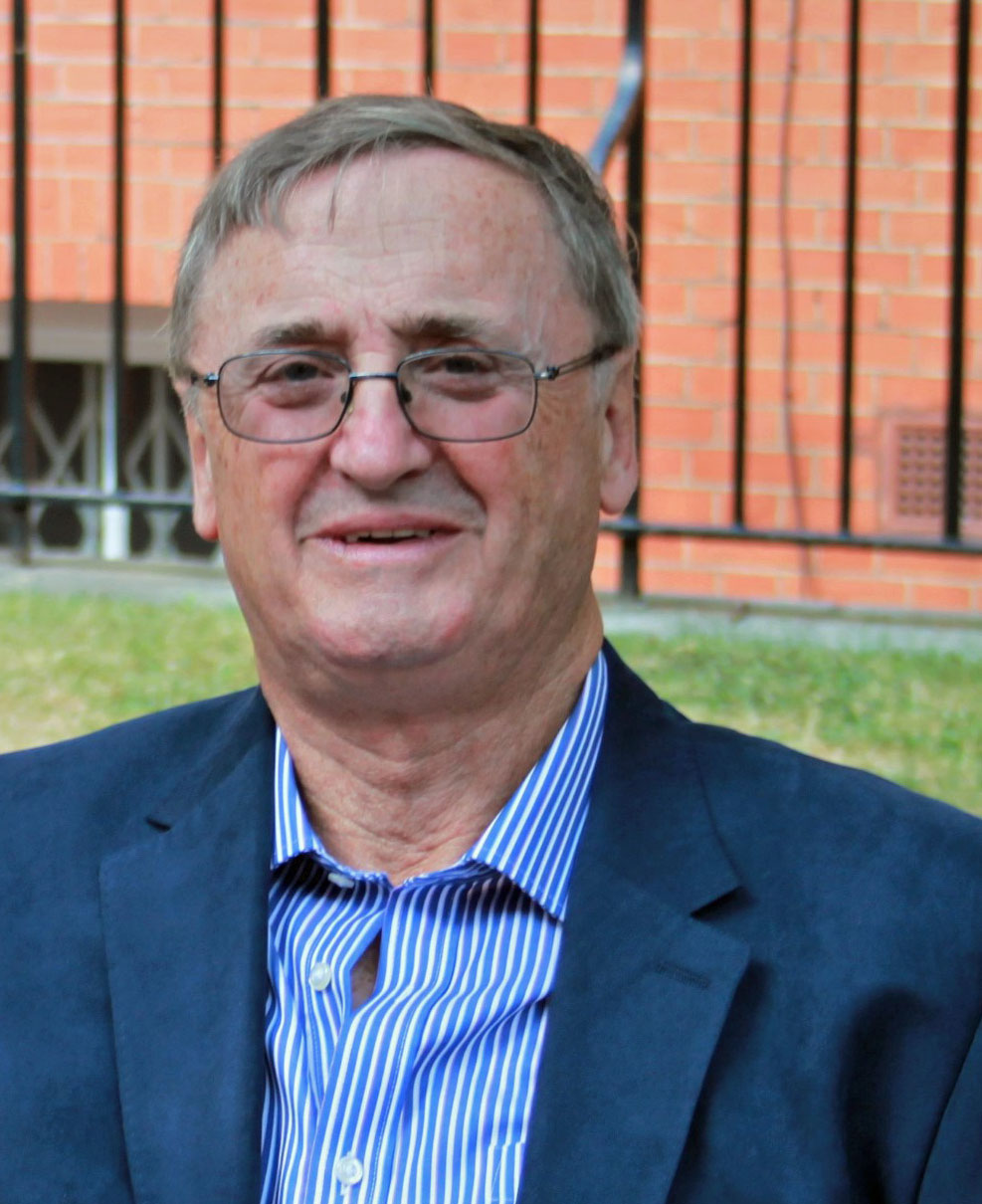