John Duncan CCM was the General Manager of Royal Dornoch golf club in Scotland and is now retired. He sits on the CMAE Education Policy Board and is the Chairman of the CCM exam committee. John was also President of the CMAE from 2005-2007.

Here John explains how life in the army helped him with his career in club management and the impact of the CMAE’s education programme on the industry.

You held a senior position in the British Army before entering club management. Was army leadership training directly transferable to club life?

On the issue of leadership, that skill is tested in the process of gaining a commission in the Army. In the modern army leadership means an officer has to be a good man manager. The days of simply shouting an order are past and the need to gain respect and communicate to subordinates is essential.  There is little difference in dealing with soldiers and staff at a club other than I would say it is easier to achieve a unity of purpose and agreement on working towards a specific goal in the military.  I learnt as Commanding Officer many other transferrable skills. I had a quartermaster who reported to me on facility maintenance, a catering officer, a paymaster who looked after finance and budgets and an RSM who looked after disciplinary issues.

Were there any gaps in your knowledge, and if so how did you plug those gaps?

I did find however a lack of knowledge on taking up my position at RDGC in civilian financial, legislative and health and safety topics.  I engaged on an NVQ course and worked with Investors in People.  This led me to see the need for identifying a mission statement and to start strategic planning. Initially I joined the Association of Golf Club Secretaries and administrators, now GCMA. Their induction course was helpful, and I attended local and their 3 yearly conferences. As Scottish Captain of AGCSA it was through hosting the Millennium Conference held in St Andrews that I met Jim Singerling. A return invitation to World Conference in San Diego where I met others who recognised that CMAA education was outstanding that led 2 years later to the establishment of CMAE.

Royal Dornoch is one of the great clubs of the world, attracting a golfers from around the world. You once played golf at Dornoch with President Bill Clinton; how did that come about and what impression did he leave on you?

I had the privilege and pleasure of playing golf with President Bill Clinton through an invitation of a friend who was one of his supporters in the USA. My friend was a member of RDGC and initially I thought the invitation was a joke albeit we had had the US security agents around the club for a week. President Clinton is a gracious man. It goes without saying he is well read and has wide experience. However, he does not monopolise conversations and chatted with everyone on the flight including caddies.  One amusing incident was when at a hole which looked over the water to the small village of Embo the subject of where one of the caddies lived came up. The caddy replied he lived in Embo and his house was called the White House. The caddy then added that he owned it to the great amusement of the President. Although it was 9.00pm and the President was clearly tired having just flown in from Peace Talks in Dublin, he kindly agreed to present the prizes to our young juniors who went out every Friday. He spoke off the cuff very positive words to them, was photographed with the winners and chatted with the adult members present before leaving the club. Charisma? He has it in bucketful’s.

You were the second President of the CMAE, serving from 2005-2007. What would you say was the CMAE’s biggest achievement during your tenure as President?

It is difficult to remember specific details after 10 years as the pace of progress for CMAE has been so fast due to the contribution of manty dedicated members. As Vice-President one of the achievements I look back on fondly was to organise and host the first BMI International in Dornoch in 2013. We had 50 managers attending and a strong CMAA representation included Jim Singerling George and Linda Carrol, and Greg Patterson. In my time as President we engaged Dr Paul Miller as our CEO and that was the start of a long and fruitful relationship with Elmwood College Cupar. We launched the Manager in Development Course in modular form which were studied by many Irish Managers. The experience of that course was beneficial as we moved forward to develop the pathway to the CCM mirroring that of CMAA.

You are still very much active within the Association and sit on the CMAE’s Education Policy Board. What impact do you think CMAE’s education programme has had on the industry since it launched in 2011?

I have been retired for several years and so my comments are perhaps incomplete.  While I was Administrator for the Scottish Region prior to its amalgamation with Scottish Region GCMA I observed many managers attending our one-day seminars and week-long MDP Courses. I take some satisfaction that these individuals in ever increasing numbers saw the value of improving their skills through the CMAE education structure. I saw also that the friendships formed were proving to be of value, providing moral and practical support. I note the term tribe is regularly used and it is good that those who are gaining formal skills see themselves as a cohesive body. It is with much satisfaction I observe the number of CCMs and CMDip growing. As a club manager we manage golf pros and greenkeepers who are professionals and have gained professional qualifications. Returning to my initial comment about leadership and gaining respect, I believe that to be a leader of professionals you need to be a professional oneself. I think also that, albeit too slowly, as club committees see the benefits in clubs who have qualified CMAE member as managers they are beginning to give these managers the respect they are due. 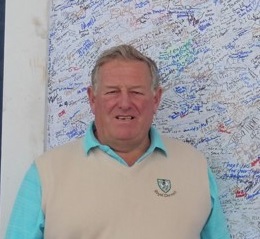