Jim Callaghan CCM worked at IBM for 25 years before embarking on a career in club management, firstly taking up the role of Secretary at Largs GC, then General Manager at Bothwell Castle GC before moving onto his current role as General Manager at Haggs Castle GC. Jim gained his CCM in 2010 and is a big advocate of CMAE in Scotland having been President of the CMAE Scottish Region in addition to sitting on the CMAE European Board.

Here Jim tells us the value of having a strong network behind you and how being a good golfer is not the be all and end all in managing a golf club!

Can you tell us how and why you became involved in the CMAE?

I enrolled on a week long Club Management Course at Elmwood college in 2006 and there were 12 of us in the class. The attendees were David Roy, Kevin Fish, Niall Flanagan, David Balden, Conrad Winter, Peter Burt, Kevin Liddle, Paul McGlynn, Kevin MacKay, Iain Trotter, Dave Bingham and myself. During that week CMAE was mentioned as an organisation that provides education for Club Managers and I think we all asked for application forms. I was looking for more in depth club manager education than was available through the GCMA so I joined CMAE in 2006 and attended my first CMAA World Conference in 2007 in Anaheim with David Roy, Kevin Fish and Niall Flanagan.

It was a real eye opener and I would go as far as saying it was almost life changing. I realised that this education would change my way of thinking and would open up opportunities to further my career. I worked for IBM for 25 years prior to coming into club management and was never really interested in further education. Now I saw that I was in charge of my future and education and qualifications were the way forward.

You are a talented golfer, winning club championships at more than one club. Does being such a good golfer have any advantages in club management?

To be honest, I don’t think so. There is an old adage that if you work in golf, you play less golf. That is certainly what’s happened in my case. I think having the CCM and an education in Club Management is much more of an advantage with my members than being viewed as a good golfer. I suppose it helps if I am playing golf with some of my members although there is a certain frustration that comes with not being able to hit the shots I used to be able to do!!!

I imagine you have built up a large network of fellow club industry professionals over the years through attending MDP courses and the World and European Conferences. Can you give an example of how having such a strong network can help you in your job?

Having attended 9 CMAA World Conferences, 3 European Conferences, 3 BMI Internationals, 3 MDP’s and many education sessions since 2006, I have certainly expanded my network and knowledge base way beyond what would have been possible without CMAE.

In 2014, I realised that I did not have any tournament experience on my CV. At World Conference in February, I spoke to Mike Leemhuis, who at that time was GM at Congressional Country Club and asked if I could come out and work at a PGA Tour event at his Club. Within days, Mike had arranged for myself and James Burns from Milltown in Dublin to go out the Congressional that June. Mike arranged for us to stay in the clubhouse and we had all access passes for the week. We got to see behind the scenes at the Quicken Loans National event and went out with the PGA rules officials and the greens team to see how they set up the course. We also helped in the retail tents and got access to the media tent and shotlink studio.

It was a fantastic week and a wonderful experience and I can’t thank Mike enough for organising it for us. The staff and the organisation at Congressional were outstanding and the tournament, won by Justin Rose, was a fantastic success.

What was the biggest gap in your knowledge when starting as a club manager at Largs GC and how did CMAE help?

When I started at Largs in January 2003, I had one month with the outgoing Secretary and then I was on my own. While a certain amount of the job is common sense, I enrolled on a night school course on Bookkeeping to learn that aspect of the job. I also went to a number of GCMA meetings but these did not satisfy my need for specific education or to learn more about the job.

What CMAE did for me was to provide education on the 10 core competencies of Club Management. By attending conferences and seminars, my network expanded at a dramatic rate and I was able to contact other managers for advice and help. Attending World Conferences gave me assurance that the issues I faced were not mine alone and were in fact issues faced by managers worldwide. The solutions I learned about could be adapted to suit myself in Largs or someone else in Australia. The larger your network, the easier it is to find solutions to any problem you face.

What advice would you give to anyone starting out their career in club management?

When I embarked on my Club Management journey, there were no MDP courses in the UK or Europe. Thanks to CMAE and to Scottish Golf initially, that pathway is now well established. Anyone coming into the industry should enrol in MDP 1 and take it from there. The people you will meet and the education you will receive, will inspire you to do the best you can, both for your club and for yourself. I doubt if I would still be in Club Management if it wasn’t for CMAE.

Having the education pathway and the friendship of fellow managers and peers, keeps you relevant and grounded. We all get a buzz when we meet up and there is something very special about meeting like minded people in an educational setting. It is inspiring and satisfying, what more can you wish for in your job? 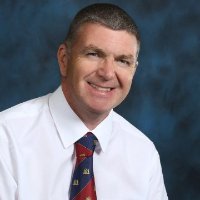