Gavin Cook CCM was Director of Golf at Prestonfield Golf Club for almost 10 years before he moved to Elie Sports Club as their Head Professional, where he also acts as Secretary Manager. A member of the PGA, Gavin gained his CCM in 2016 and also served on the Board of the Scottish Golf & Club Managers Association.

In this Q&A Gavin explains how he manages three separate roles at Elie and how the MDP has helped him in his role.

This
can sometimes be a challenge! Some days I can have golf lessons or custom fit
sessions booked in one part of my day then have meetings representing Elie
Sports Club as the Secretary and may even have other meetings booked in the
same day representing the Elie Golf House Club as Head Professional. I’m
therefore constantly switching between roles. Thankfully, having worked as a
PGA Professional for a number of years at a number of different clubs, that
part of the role comes fairly intuitively. Experience gained in my past PGA
roles also lends some of the skills required for the other duties that I’ve
taken on. The MDP pathway has then done much to fill in the blanks particularly
with regards Planning, facilities maintenance and staff management. On a real
positive, its very rare to have two days back to back that are the same so it
keeps things fresh. Good staff and the support of all committees make it all
more manageable.

Does
having so many hats within the club make your job as the Manager easier?

It
can sometimes as there are crossovers, however its key to keep all committees
abreast of what you’re doing to avoid any conflict.

How
and why did you become involved with CMAE?

I had a close friend, also a PGA pro who attended the first MDP 1 course at Stirling and raved about it. I quickly signed up for the second MDP1 course and was hooked. I followed it quickly with MDP 2 and signed up for the first sitting of MDP Golf and MDP strategy and leadership in Scotland. It came just at the right time in my career as I was working as Director of Golf at my then club Prestonfield so was dealing with management tasks. Although I like to think I made a reasonable job of it I realise now how inefficient I was. I hated not doing a job properly, so my solution was to throw lots and lots of valuable time at each task to ensure it was done to the standards I wanted. Hopefully I work a little smarter nowadays!

You deal with multiple clubs at Elie (Golf House Club, Earlsferry Thistle, Sports Club, Elie & Earlsferry Ladies Golf Club). How has CMAE training helped you cope with all of the different cultures within each club?

Embracing the political culture of a club is always going to be an advantage in ensuring you’re a success and taking the committee and club forward with you. When that varies club to club within the same job it’s even trickier. I’ve found it pivotal to listen carefully to the views and desires that each club has and the CMAE training has done much to give me the skills to do that. Being more aware of my own personality traits through some of the self profiling that we did in MDP has also given me a different outlook. I was and still am very goal driven. Thankfully I can now appreciate that everyone else isn’t always the same and I can now pick different tactics and be more aware of the direction they’re coming from.

Can you quantify what having the CCM designation means to you, both professionally and personally?

Being awarded the CCM was a very proud moment for me. Personally, it had been a number of years since I’d studied for anything of this magnitude so for me to be focused enough to put in the work required to pass was a huge achievement. Professionally, to be one of the first 40 in Europe with a CCM was a real honour and I felt it validated me as a manager. I also can’t thank fellow CCM’s Kevin Fish and John Duncan enough for helping me out with practice for the CCM case study. Whilst the multiple choice was simply a case of learning the answers, the case study was much more involved. While I managed well putting together a solid business plan given enough time and external resources, doing it in a very short time frame under exam conditions required much more skill and focus on the key points. Kevin and John’s feedback was invaluable in helping me understand this. 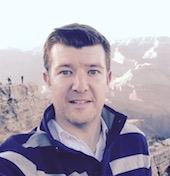