Staffan Tuomolin has been involved in the club management industry in Finland for many years and is currently Managing Director at JC Ruukkigolf Oy. He is a past President of the Finnish Golf Managers Association in addition to serving on the CMAE Board and is also the first Club Manager in Finland to attain the CCM designation. He is fluent in Swedish (native), Finnish and English and plays the drums better than he plays golf!

Here Staffan reflects on his educational achievements and the challenges that the golf industry is seeing in Finland.

1. Tell us how you entered the world of club management?

I grew up in a small town where in the late 80s they happened to build two golf courses at the same time (Nordcenter and Ruukkigolf). My mother knew some of the people involved and when I was 14 I started out picking the golf balls on the driving range at Nordcenter. I then worked in the reception and later with other office-work and later on came “full circle” when I returned in 2010 to be the club manager. (Footnote; I am now manager of the other one, Ruukkigolf)

2. What did your training for your career in club management consist of?

Well I’m a business major from the Swedish School of Economics and Business Administration in Helsinki so I’m basically a “numbers”-person but I also studied in the US and took courses in Sports management and Sports marketing. I also later obtained a degree in Golf Management in Vierumäki in Finland but this was when I was already working as a club manager and then obviously even later the international CCM-degree.

3. What prompted you to get involved with the CMAE?

Well I already knew many people within the club industry in Finland because I started working in the industry at a young age so when I became a club manager I got involved with the FGMA (Finnish Golf Managers Association) and being a member of the board at an early age (I was 26 when I got my first manager-position in Finland at Kurk Golf). I suppose because my mother tongue is Swedish, I got elected to represent the Finns in many Scandinavian events and it sort of evolved into other responsibilities internationally, at the same time I also got elected vice president and eventually president of the FGMA so with that came the opportunity to network at many international events such as the World Conference. What comes to being on the board of the CMAE for some years, I suppose this was the result of some of those international contacts (Jerry Kilby and others) and my close relations to the Swedish delegation (at that time Jörgen Kjellgren, Robert Edholm).

4. Other than the enormous satisfaction you must get from being the first Finn to attain CCM status, what other reflections can you offer on your achievement?

Well I DO feel privileged to be the first CCM in the country, thank you. You know, I speak English as my third language and although I have lived in the US and and speak fluently I have to be honest and admit there was a bit of a language barrier especially when it comes to some of the financial and accounting terms that are perhaps also studied in various ways across the globe. The other challenge was that the CCM obviously doesn’t cover only golf so many subjects were “new” in many ways but also interesting. Also in Finland usually the food and beverage-part is outsourced to a third party so we don’t automatically deal with those questions daily, which was also a bit of a challenge but at the same time I feel I learned some new things. All in all, it was a good challenge, I was close to passing on my first attempt but on the second attempt I got through with a decent marginal so there you go!

5. Tell a little about Ruukkigolf and the club industry in Finland in general?

Ruukkigolf is an 18-hole family-style golf club with about 1000 members and relaxed atmosphere. We don’t have a huge budget but our result for 2016 is good and we don’t have any debt either so we do alright.

The industry in Finland faces a couple of big challenges at the moment; first of all the total number of golfers is dropping a little bit after having grown a lot until a couple of years back (now about 145000 players on 130 golf clubs). This has to do with the age demographics of our country mostly. The second challenge is the economy in Finland which has been struggling for many years and as a result is putting stress on the golf industry as well. But perhaps the biggest challenge is that people don’t want to commit to memberships (or in Finlands case golf shares) to the same degree anymore. To be honest we (the golf clubs) have brought this on ourselves by allowing people to play on cheap green fees where as it used to be the case that you HAD to have a membership to be allowed to play. All this together results in the whole industry facing major change and having a need for NEW business models to replace the old “90s-way” of playing golf.

6. You are a drummer in your spare time. Are there any lessons you can take from playing in a band to club management?

YES, thanks for asking! I consider myself a way better drummer than golfer so I am pleased about the question. Well playing in a band is obviously about teamwork and proves how crucial recruitment is, you really need to have the right people in the right places and you really ARE as weak as the weakest link is. While playing you really have to play your parts and at the same time be alert to what the rest of the band members are doing and give everybody room to play their parts. It is an unbelievable feeling to be part of a good band when you know and trust the players involved and everybody are experienced enough to know their stuff, you can really feel the “whole being grater than the sum of its parts”.

I wish everybody in the industry continued success for 2017! 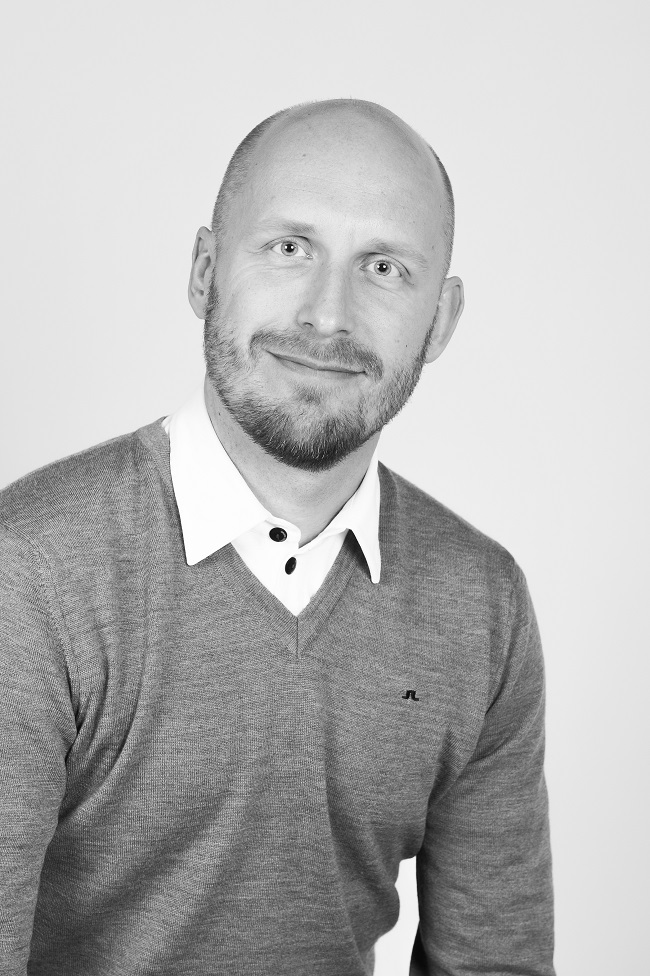