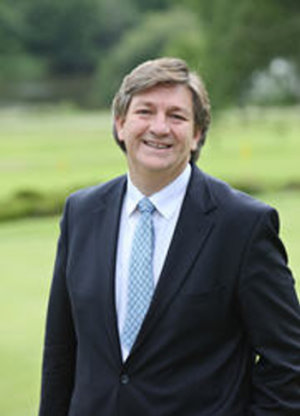 During Julian’s early career, he was Banqueting Manager at the iconic London hotel, The Savoy, before he joined Stanhope Properties, a London-based property company, where he led the hospitality, leisure and estate management elements in the significant regeneration projects at Broadgate in the City of London and Stockley Park, Heathrow.

In 1996, Julian was appointed to the position of Chief Executive of Wentworth Club and has overseen the evolution of the business into the world-renowned lifestyle club it is today. During his tenure, Wentworth hosted over 40 professional golf tournaments on the European Tour – an accolade that positions Julian well to support Jumeirah Golf Estates’ role as the host venue of the DP World Tour Championship, The Season Finale of the European Tour’s Race to Dubai.

Alongside his role as the Chief Executive of Wentworth Club, Julian has also been a member of the Wentworth Residents’ Association and Estate Executive Committee for the past ten years.

Commenting on his appointment, Julian Small stated: “Jumeirah Golf Estates is going through an exciting period of development, with Dubai’s market dynamics and the upcoming EXPO 2020 spurring continued demand for the residential golf community. I am thrilled to be joining Jumeirah Golf Estates, as we aim to further enhance its current and future offerings to cement the community’s position as a highly desirable destination for our club members, residents and guests.”

Host to the DP World Tour Championship, the Season Finale of the European Tour’s Race to Dubai since 2009, Jumeirah Golf Estates – a European Tour Destination – is one of the Middle East’s most prestigious residential golf communities, offering a wide range of world-class facilities and more than 1500 individually designed homes (constructed and under construction) in the United Arab Emirates.

Situated just 15 minutes from The Palm and Dubai Marina, Jumeirah Golf Estate, which is home to the European Tour Performance Institute, is well placed to provide an unforgettable experience at its two championship golf courses, Fire & Earth, and luxury homes within easy reach of Dubai’s top attractions. From a state-of-the-art Clubhouse to restaurants, swimming pools and fitness centres, Jumeirah Golf Estates has a wide variety of entertainment and recreation facilities that will provide a superior lifestyle.