The Club Managers Association of Europe (CMAE) have announced that club managers in Hungary are set to benefit from an alliance partnership that will enable them to gain the internationally recognised Certified Club Manager (CCM) qualification and the European recognised Club Manager Diploma (CMDip).

Members of the Hungarian Club Managers Association (HCMA) will now have access to the renowned Management Development Programme which forms the pathway to the two levels of certification, which are becoming more recognised as an industry standard across much of Europe. 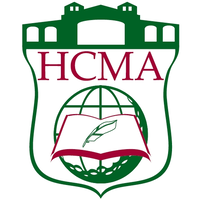 The HCMA are now one of several other national organisations who have become an allaince partner of CMAE, including club manager associations in Sweden, Ireland, Spain, Portugal, Italy, France, UK, Denmark, Finland and the UAE making the CCM qualification available to 1000’s of club managers in Europe, the Middle East and North Africa.

Anybody who is a member of a CMAE Alliance Partner will benefit from membership of the CMAE which is included with membership of their National Association. Only CMAE members are able to gain the Certified Club Manager (CCM) qualification.

CMAE members will also have access to international networking events such as the European Conference on Club Management, taking place in Portugal on the 17-19 November 2019.

Commenting on the partnership, CMAE’s President David Roy CCM said “This is an important step forward for both the HCMA and the CMAE. The HCMA has offered its members excellent benefits and professional development, and now those members have the opportunity to expand their knowledge further through the MDP pathway and gain a recognised industry certification”.

Tamás Révész, President of the Hungarian Club Managers Association also commented “I am very pleased that the Hungarian club managers have decided to join CMAE, which reflects an urgent need of education. Members of HCMA found CMAE’s education opportunity by far the best one therefore it wasn’t a question about joining to the European main organization. In the past 5 years major changes happened in the ownerships of half of the Hungarian golf clubs and this fact also gave a boost to the affiliation agreement.”