Chris Lomas CCM has managed Worplesdon Golf Club in Surrey since 2010 and entered the Club Management profession following a successful career as a Golf Course Manager, where he achieved the Master Green keeper status. He became a Certified Club Manager in 2015 and currently sits on the Board of the London & Home Counties Region of CMAE.

In this Q&A Chris explains how he transitioned from the Course Manager to the Club Manager role and what he thinks is key to successfully running a club.

You were a greenkeeper and course manager prior to becoming a club manager. What prompted you to make the move into club management and how does your experience on the course help you with managing the club?

Having started my career at Swinley Forest, I was fortunate to become Course Manager at The Berkshire Golf Club at 27 years of age, a position I held for 11 years. I am a career minded person and after a number of years at The Berkshire I started to contemplate my future. I looked at a couple of very prestigious positions in the greenkeeping world, but for some reason I couldn’t get too excited about them, largely because The Berkshire was such a wonderful place to work. My father was then Secretary at Walton Heath and my then boss John Hunt started involving me more and more in club management decisions. He knew exactly what he was doing and before long I was attending courses, World Conferences and sitting exams. I then got a phone call from a friend of mine who was on the Committee at Worplesdon, and the rest as they say, is history. I do miss being a greenkeeper, but I don’t regret making the transition. Having the experience of running any golf clubs biggest asset is invaluable when it comes to communicating course issues to members and visitors. It helps them trust my judgement a little more.

What most surprised you about the role of club manager?

I wasn’t necessarily surprised by any one area as I had been involved in so much at The Berkshire, however the learning curve was a little steeper than I had imagined. I quickly had to get used to having lots of plates spinning at the same time. Rightly everyone thinks that their project, golf day, request, competition, report, meeting etc. requires your undivided attention. Planning and diary management were skills I learnt very quickly. I’m pleased to say that nearly 7 years in that curve has softened a little, but there is still so much to learn.

The CCM exam with it being a 7 hour exam in total is no mean feat. What did you do to prepare yourself for the exam day and what advice would you give to others who will soon be sitting their exam?

That was a long day! The multiple choice part in the morning was straight forward. I prepared by looking through previous exams and thoroughly studying and making notes from the CCM Bible, Contemporary Club Management. The case study in the afternoon was tough. Before I started you wonder what you’re going to do for 4 hours, but as the clock counts down you wonder how you are going to get everything down that you want to say. I do like the fact that you can’t really be wrong in a case study, so long as you can explain and back up your madness!!

In your opinion, what is the most important factor in running a successful club?

Surrounding yourself with capable and motivated people. I mentioned earlier that the course is a golf clubs most valuable asset, but the team in an organisation give it a very close run. Rarely will you get a successful club if the team are not all pulling in the same direction.  A lot of hard work can unravel very quickly by one person’s actions.  On a personal note it was pointed out by a relatively new member that my regular presence in and around the Clubhouse was very clever. I don’t regularly get accused of this but he went on to explain that he sees me putting out fires before they get a chance to take hold. A manager that stays in his office all day does not get a chance to do this. Regular tours of the clubhouse at the right times of day was a very simple but invaluable trait I gained from John Hunt.

You are a former semi-professional rugby player and represented England in age level groups. If there is one thing the golf industry could learn from rugby and how it is run what would it be?

That was so long ago it’s tough to remember!! My abiding memory of rugby clubs is the teamwork and camaraderie, not just on the pitch, but throughout the club. Everyone takes great pride in their club and a lot of people give up a good deal of their time to help make the operation a success. Unwittingly and on reflection I would like to think we have a similar ethos here at Worplesdon. I can’t really take credit for this but it does help explain why I have felt so at home here and why the membership on the whole seems so content with their Club. 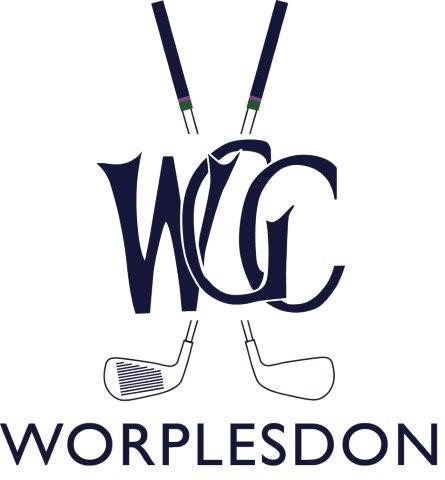